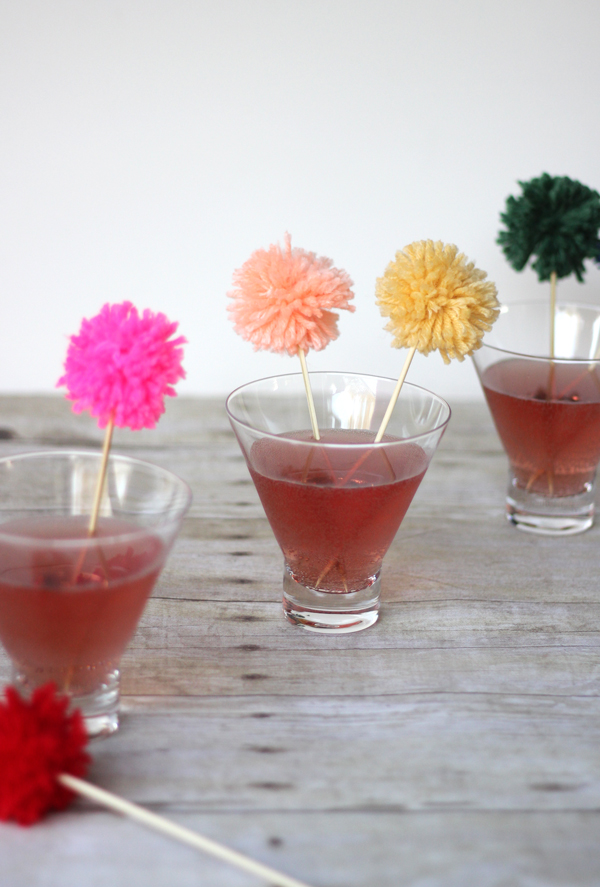 Now you know we love a good swizzle stick for fancy cocktails, so these mini yarn pom pom sticks were destined to make an appearance on this blog – it was just a matter of time.

Yarn pom poms aren’t a new concept,  but I’m loving all of the new uses I’ve seen popping up around the internet – like these luggage tags, this giant garland and this gift wrap. The pom pom making method is all the same, but I’ve pictured the steps below. If you’re lucky enough to own one of those pom pom making tools, use that. I’m sure it’s way easier. But, if you’re like me and prefer the old fashioned way – follow our pom pom making steps in this blog post.

Step 1: Wrap yarn around index and middle finger ( I wrapped about 50 times ).

Step 2: Wrap a single strand of yarn around the center of the wrapped bundle.

Step 3: Slide the bundle off your fingers & make a tight knot with the single strand.

Step 4: Using scissors snip the loops to create the fringe portion of the pom pom. 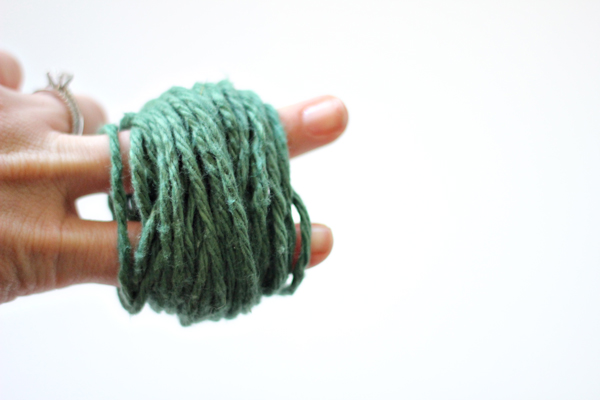 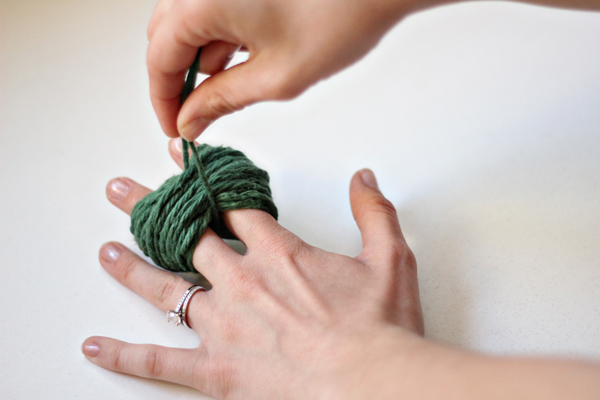 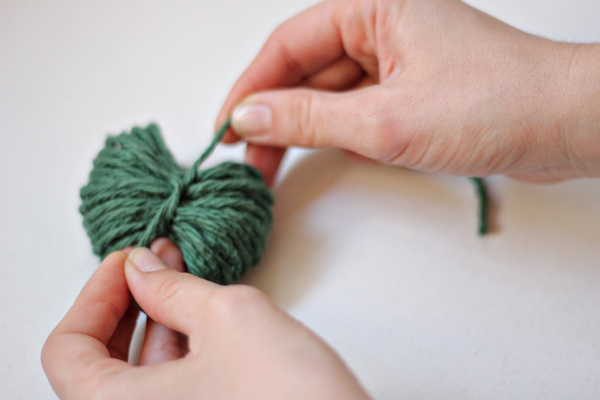 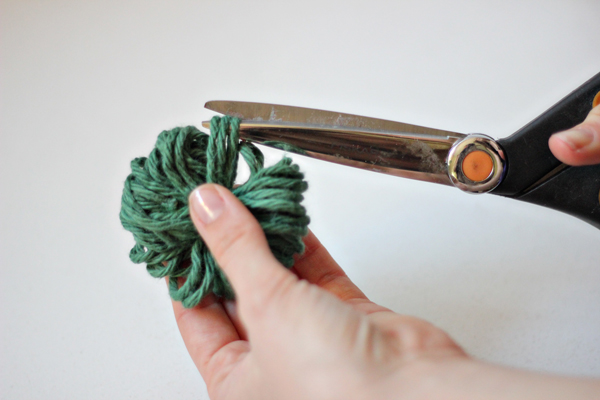 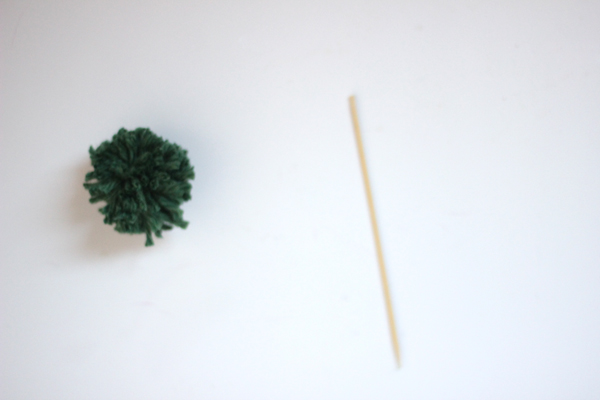 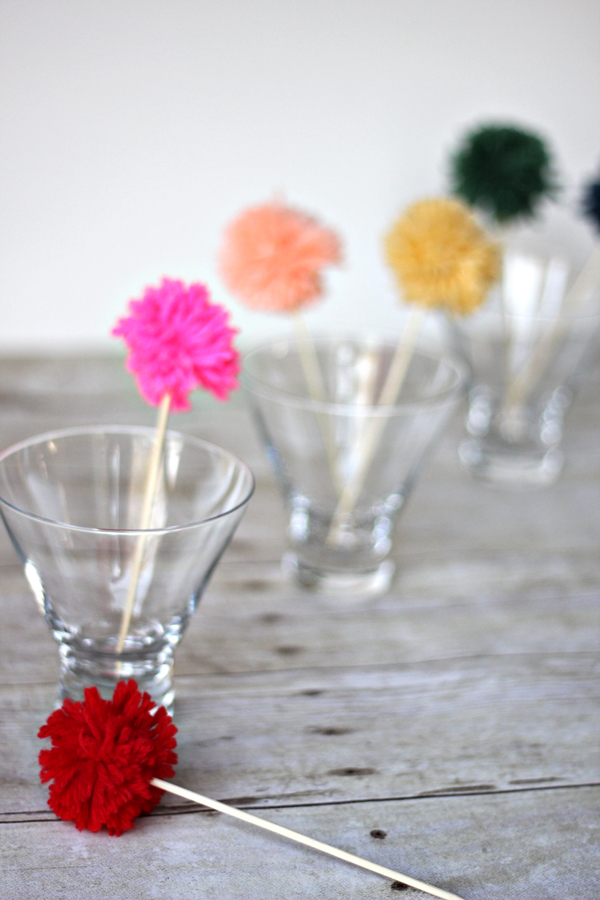 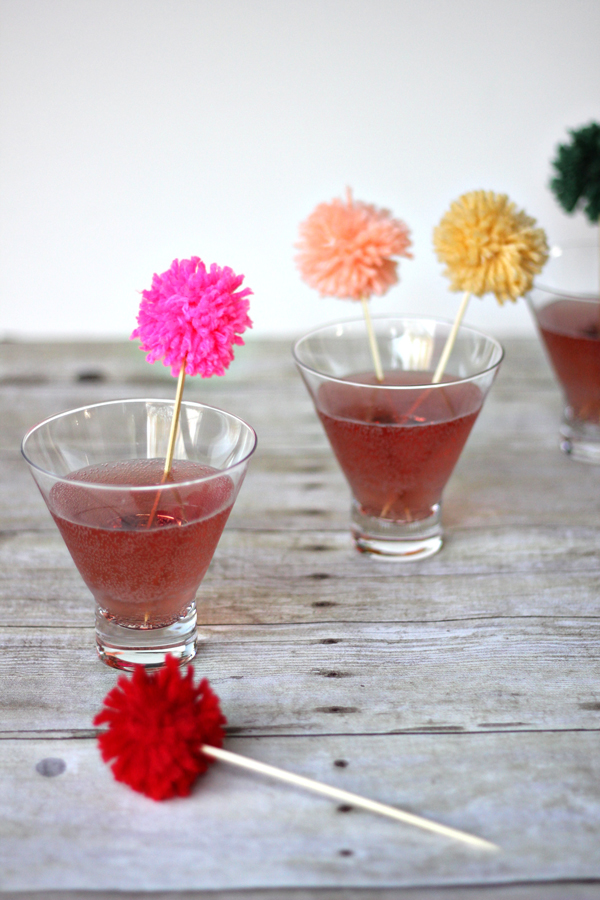 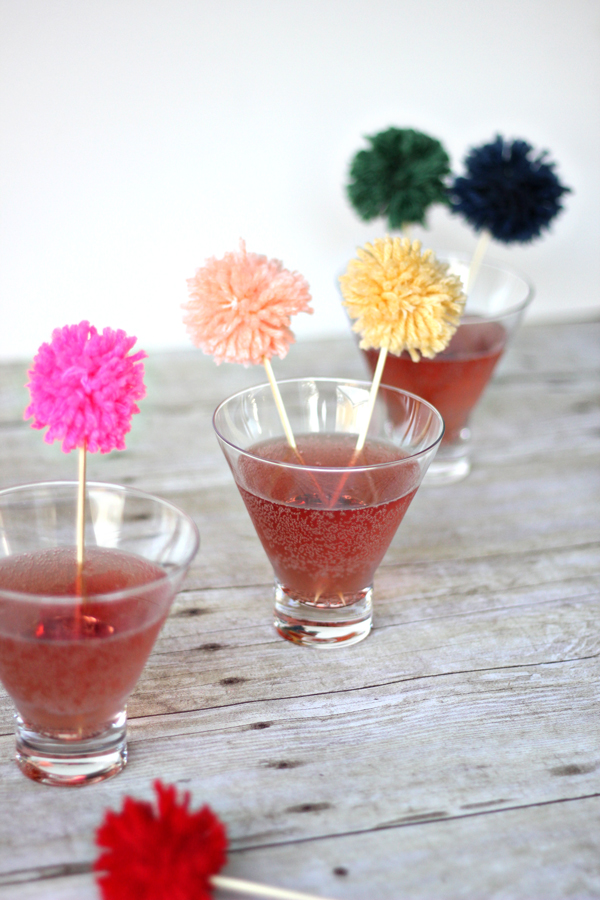 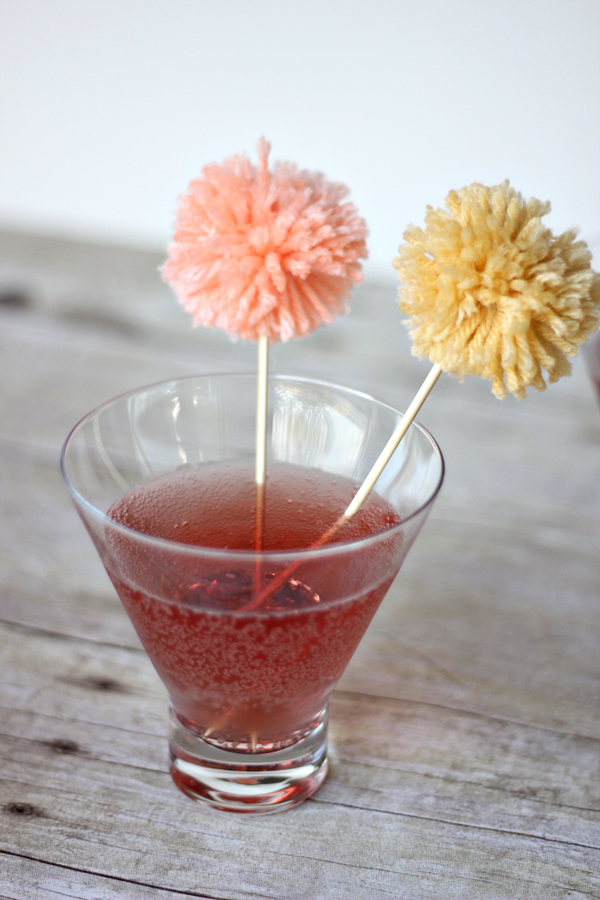 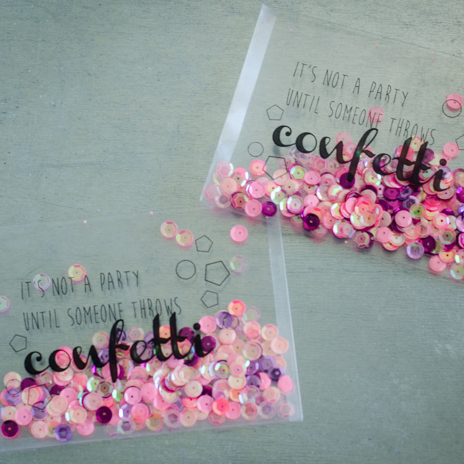 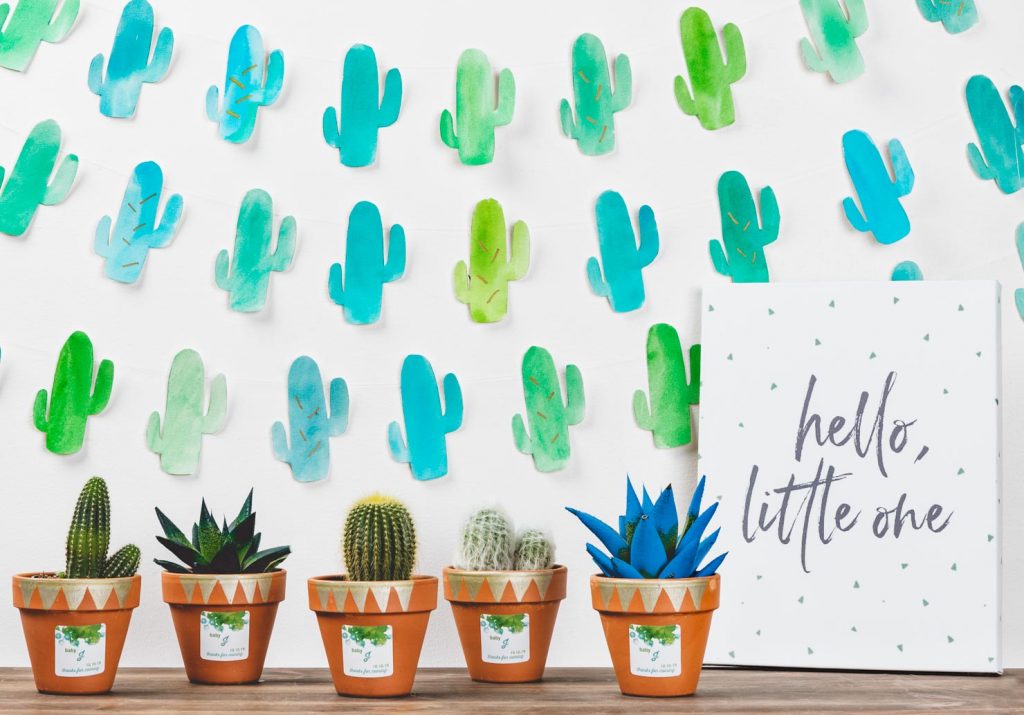 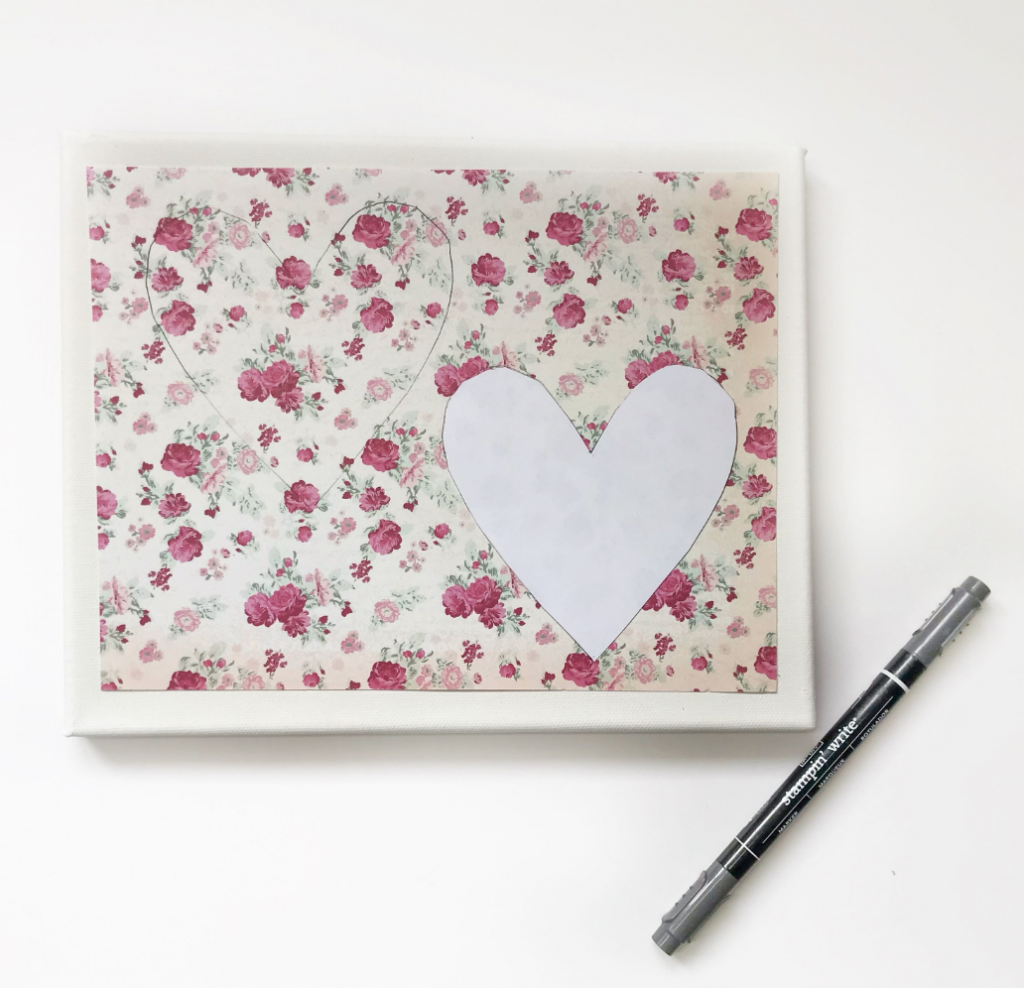 These are soooooooooo cute! And I love how easy they look to make. I’ll be trying it soon. Thanks for sharing!